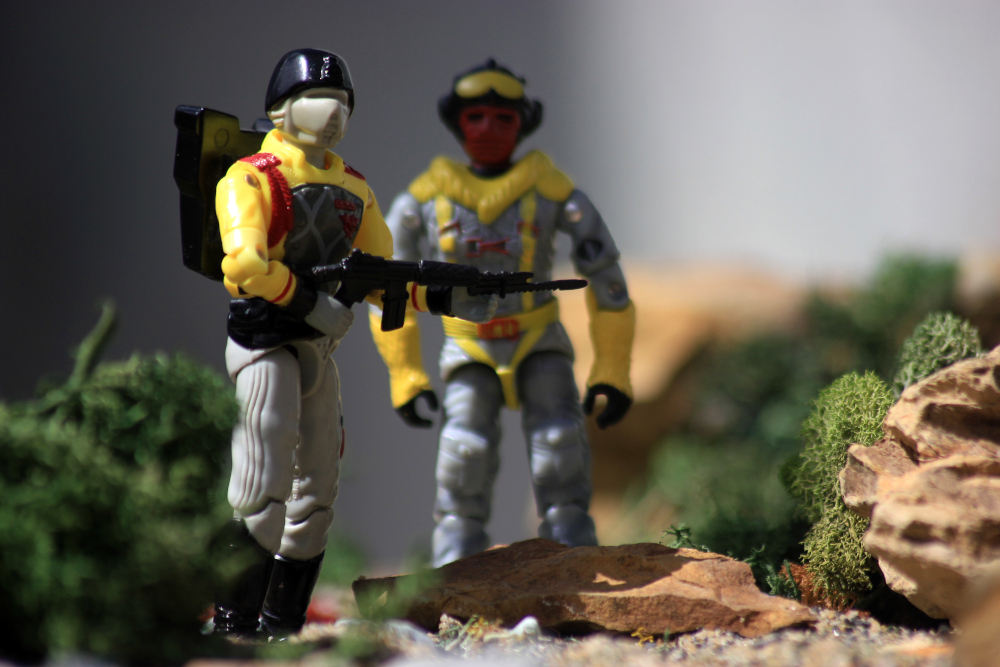 After a couple of tries at repainting various G.I. Joe figures as a way to produce exclusive sets or secondary sub teams, Hasbro must’ve noted there was some success and decided to do a batch of repaints for COBRA, creating the sub-team known as the Python Patrol.

Sub-teams are one of the interesting aspects of the late 80s G.I. Joe line. I think Hasbro knew they needed to get some of the earlier molds back into circulation due to the fact the Cartoon was being broadcast in syndication, but the various sub-teams probably also allowed Hasbro to recoup some of the tooling costs from years earlier, while also maintaining  the retail juggernaut that G.I. Joe was at the time. 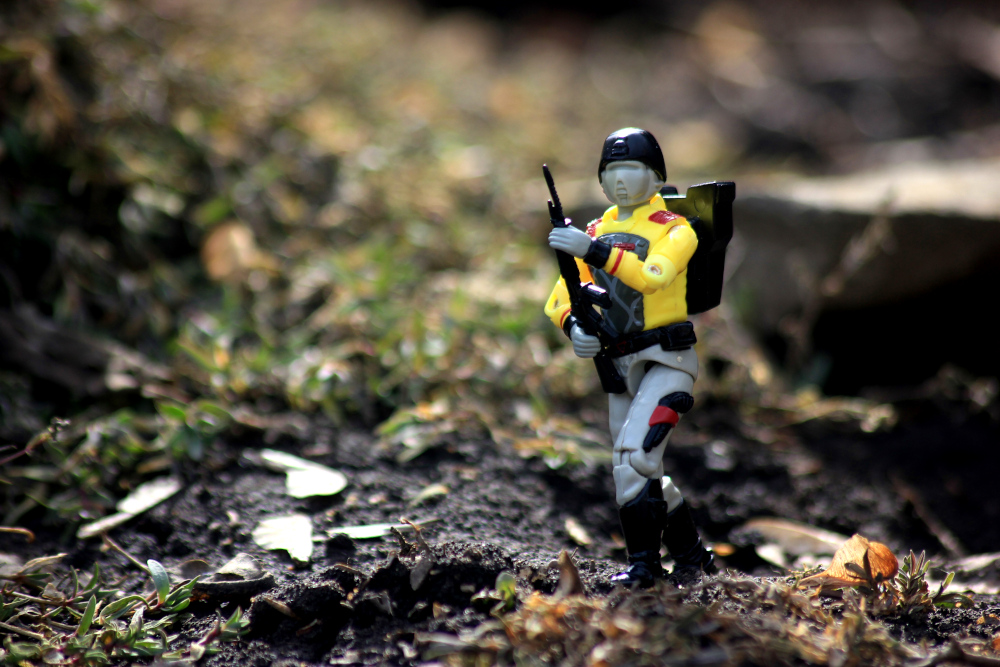 The Python Guard winds up with a lot of fairly solid paint apps. The Python Patrol wasn’t the most detailed batch of figures, as the molds used featured some fairly plain sculpts (A vehicle driver, two figures from 1982) and even then, a lot of detailing was omitted. The Crimson Guard got a fair amount of detailing, I think some of it was due to the scale camouflage pattern only being used on the figure’s breastplate rather than all over. Still it’s nice to see the gauntlets and holster and medals all get some colour that helped them stand out. The black, grey and crimson all bring out a lot on a mold that’s first figure was fairly monochromatic. The only real missed detail on this figure is a splash of colour for the figure’s visor. I think some of the crimson would’ve looked fairly sharp there.

The way this figure matches up with his teammates is interesting. I’ll ignore the swivel heads, but the Tele Viper and Viper work well together, and the Python Guard isn’t the strongest fit. I think this is partially due to him being predominately daffodil yellow, which isn’t most people’s go to choice for G.I. Joe figure colouring (I say this as someone who’s favourite colour of all time is yellow). The grey on his torso matches up and the red and black was fairly consistent on all three figures, but it’s still not a strong match. On the bright side, I guess this can be explained away by how the Crimson Guard is an elite unit, that doesn’t interact too often with the grunts.

This Python Patrol colour scheme, has been used a few times by the Factory Custom makers, though it’s somewhat hit and miss with the colouring. Some work better than others. The Red Laser Army Python Viper looks good with the CG, but some of the Night and Alley Vipers aren’t a cohesive match, they’re also figures I didn’t buy, so while they don’t look to be a match from photos, I could be wrong. The 2021 Black Major Python Troopers are darker, but still mesh well with this figure. The Python Snow Serpent is a light enough grey that he fits better with this figure, than any other Python Patrol figure. 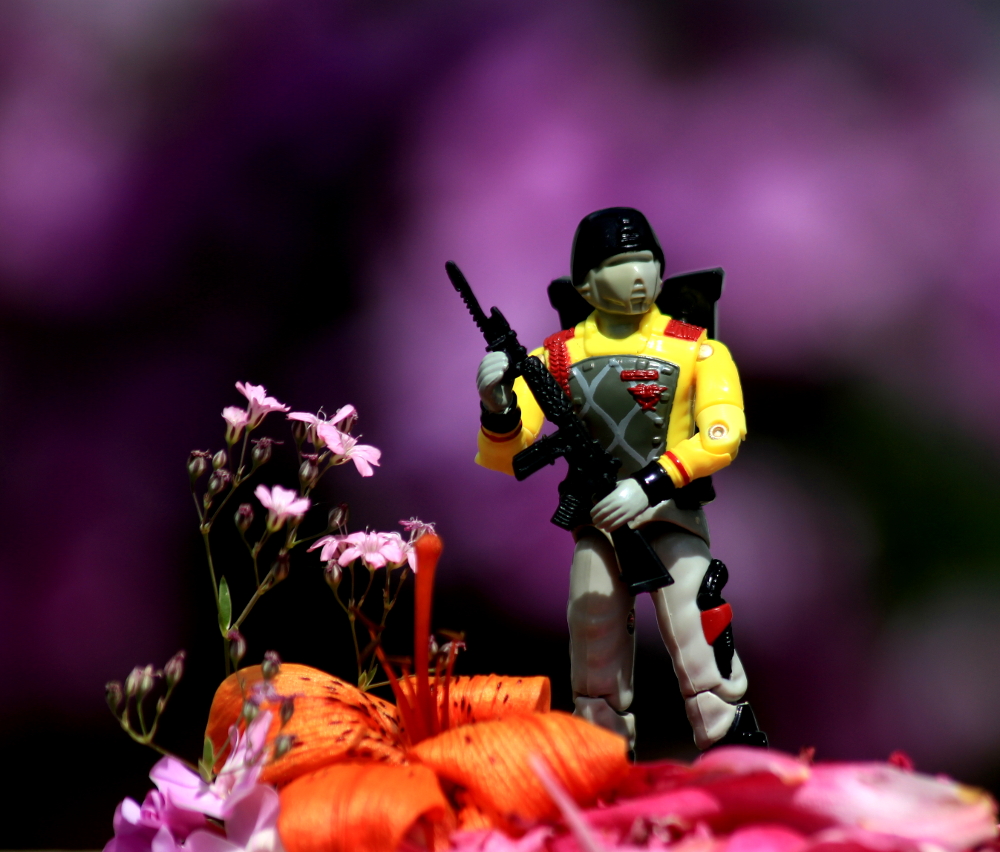 The Python Crimson Guard is a pretty solid figure in the scheme of things, but a lot of that has to do with the overall quality of the Crimson Guard mold, rather than anything else. It’s funny in a way, because while it’s not a great figure, it’s not one that can be accurately described as bad. The colouring while not great for an action figure dedicated to destroying the American way of life, is still visibly pleasant. The sculpt is great, and this is probably why, that anytime the figure shows up on the internet you get someone making a comment about the “CRIMSON” aspect of the figure’s codename, as their source of derision of the figure. Of course this is a comment that is always given, with such a lack of self awareness that the commenter usually thinks he’s the first person to ever say it, even though it’s been aged like milk for over 20 years.

While I like this figure a fair bit, he tends to fall under the radar. I don’t often think about the Crimson Guard for some reason, it’s a good figure and I own multiple colourings of it, and will probably own more whenever the new Black Major versions appear, but it’s still something I don’t think about. The Python Patrol version, which is the only Hasbro release after the original to feature the complete classic mold, is especially forgotten, because he doesn’t match up with much, and the picture of him around flowers is probably the best thing I’ll ever do with the figure. However Mike T. told me that I should do something with the Python Guard, and so I did. Usually any request about G.I. Joe asked of me, I participate. 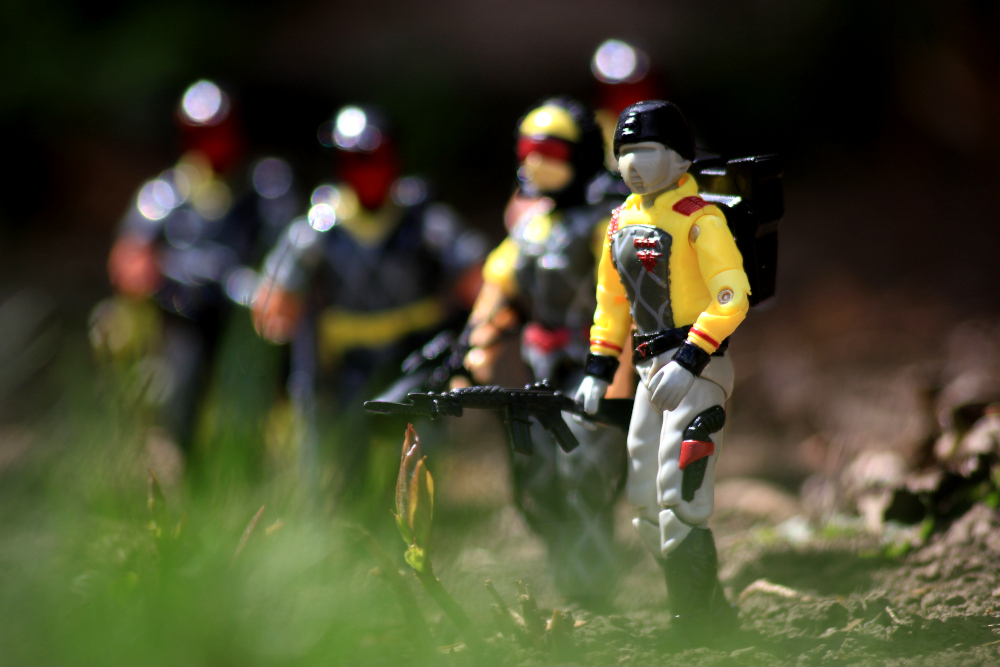 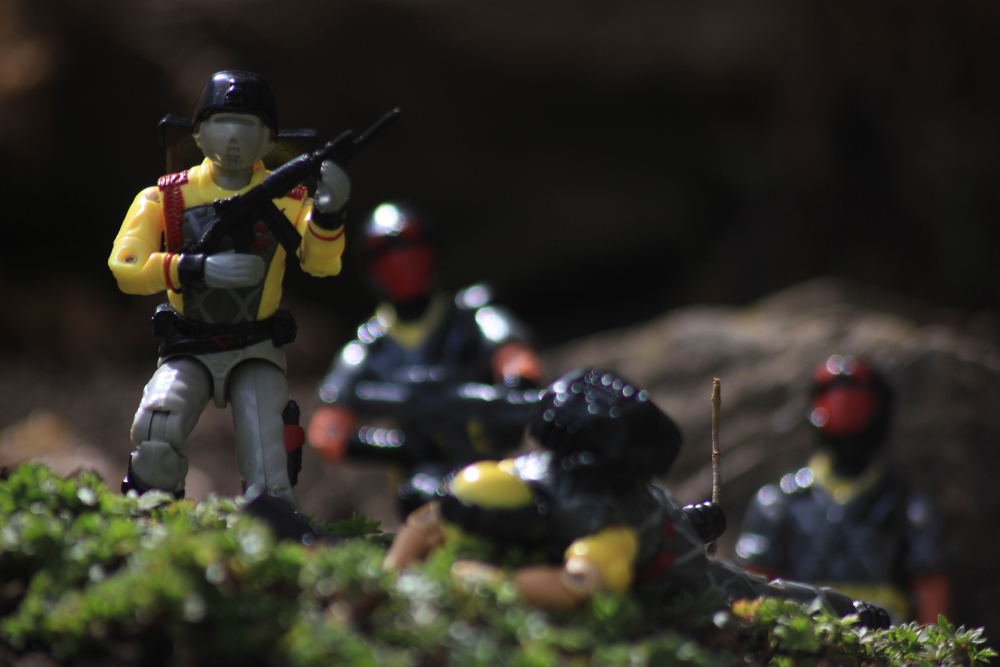