The 1997 G.I. Joe collection featured an awful lot of good intentions, but the actual execution of the releases, often times didn’t match up with what was originally intended. I don’t think any figure suffers from this more than Rock ‘N Roll.

The first Rock ‘N Roll is a classic design, that was highly connected with the character. The bullet belts, the short sleeves and the blonde beard were defining physical characteristics that were just as important to Rock ‘N Roll as the fact he was a surfer, a weight lifter and a bass player. The follow up Rock ‘N Roll figures were for the most fairly strong, the 1989 mold features enough of the classic design that it works well as an update to one of the highlights of the first series of G.I. Joe figures.

The 1997 Stars and Stripes Box Set, featured a picture on the box, showing the prototype design for the figures raising the flag. This was a terrible thing, because it showed you what you were supposed to get, sure as shit wasn’t what you got!

What you actually got, was a 1986 Roadblock, with a 1986 Hawk head on it, and it was named “Rock ‘N Roll”. Remember how I said the bullet belts and blonde beard were just as important to Rock ‘N Roll as the traits of guy who wants to pick up weights and hang ten in east Berlin? Well, that’s probably why this figure is often decried for being up there with the worst Rock ‘N Roll figures (Honourable Mentions to: Space Man Rock ‘N Roll, and 1994 Flint Rock ‘N Roll). 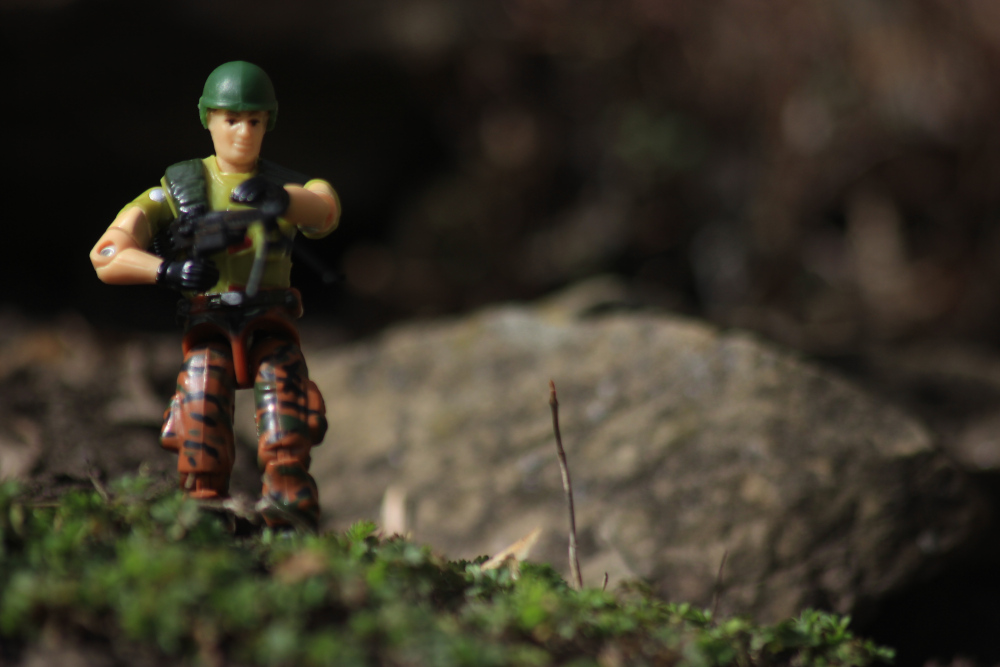 This is a figure, that once the disappointment of what could’ve been, as well as removing who the figure was supposed to be, is cleared up, it’s actually not a terrible figure. The colouring on it is well done. The 1997 figures are good for having paint apps in the right spots (except wrist watches), but the problem is sometimes the colouring was goofy, or featured odd choices. Hawk ‘N Roll, here, features the fairly common green and browns that were visible on a few 1997 figures. They’re good choices, and fit the “Vintage, but not actually vintage” motif the 1997 series seemed to go for.

One place 1997 excelled at, and was never really surpassed, was doing camouflage. In the vintage line, camo was often a fairly basic one colour affair. It worked well, and got the point across. In the repaint era, they often tried too hard, and would do designs that didn’t translate on a 3 3/4″ action figure, like chocolate chip desert camo or digital camo, or they’d do the marbleized plastic that looks like a mossy tie-dye. 1997 took cues from the vintage line, but managed the size of the camo stripes to be better on the figures, and would do the pattern in multiple colours. Something that worked a hell of a lot better than the single colour.

The 1986 Roadblock mold, is pretty weak, but not using the terrible ’86 Roadblock head does improve the overall quality of the mold. This 1997 repaint features a reminiscent of the original light green torso, but now it’s more a shirt than a vest. It’s also got white and red highlights that actually match up with where they were white and red on the 86 Roadblock figure. It also features some sharp dark green paint apps, that even fix some of the missing paint apps from the vintage use of the mold.

The accessories the figure included were pretty on point. Sure the 1997 Helmet is too small and terrible quality, but at least the 1997 Rock ‘N Roll might be the ONLY figure from that entire series that can actually fit the helmet. It’s weird, but true. He also comes with a black (rather than charcoal or grey) version of the original 1982 Rock ‘N Roll MG-42. It’s funny though, as the prototype on the box is the 1982 mold, but carrying the 1986 Roadblock gun, or maybe the 1990 Sonic Fighter Law’s version, if you want to get overly technical.

Now, is this a good Rock ‘N Roll? Not at all, but it is actually a fairly decent figure in the scheme of things. It’s incredibly disappointing that it’s not the classic Rock ‘N Roll figure, or even the 1989 mold (Which would’ve really been nice to see in this colour scheme), but it’s still a figure that rates fairly middle of the pack in the 1997 series, as it’s a lot better than some of the duds, but it also isn’t better than some of the high quality 1997 releases. 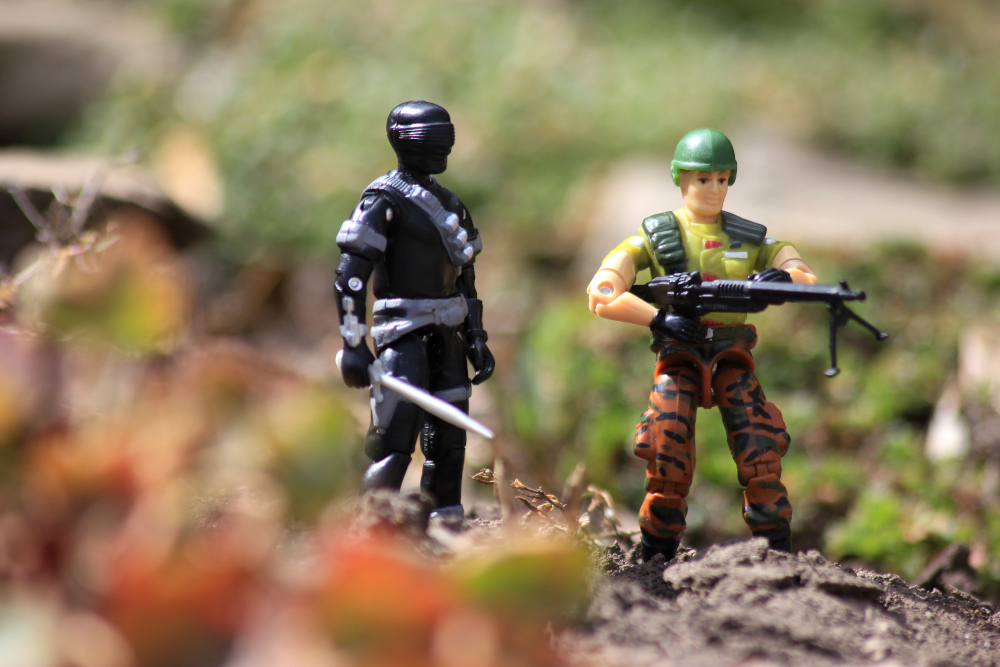