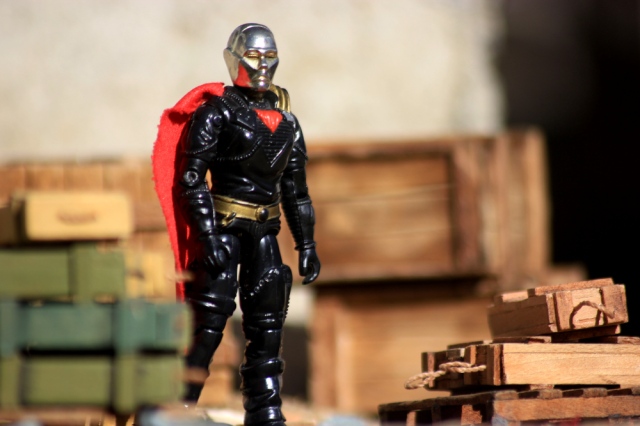 The late 80s seemed awfully turbulent for the G.I. Joe line. Maybe it was the lack of a cartoon, or the Rocky Balboa thing not coming to fruition, but Hasbro really started to change a lot of the ways they’d marketed figures, so things like the Iron Grenadiers came about.

Battle Force 2000 was a an interesting marketing gimmick for the Joe line. It was a futuristic group of figures that had two marketing ploys for it. They were sold in special 2-packs (Though originally issued single carded), and the figures were all drivers for a group of futuristic vehicles that could (sort of) combine into the FUTURE FORTRESS. BF2000 was something that Hasbro obviously had some high hopes for, as they kept the G.I. Joe branding, but provided them with a special coloured packaging, to differentiate them from the main line. They also gave the Battle Force team their own ultimate nemesis, the Iron Grenadiers.

I guess to keep the BF2000 sub-line still somewhat connected to the parent brand, Hasbro decided that the enemy needed a recognizable character, so they took the Destro character, and gave him his own private army. Destro was an obvious choice to lead the new enemy, as he’d been portrayed as a rival to COBRA Commander in both media formats, and the COBRA Commander vs. Serpentor portrayal, left Destro out in the cold. Of course the Iron Grenadiers vs. Battle Force 2000 thing never really wound up being played out in the comic books, and that was something that probably wound up contributing to lack of popularity Battle Force 2000 suffered from in the early 2000s. 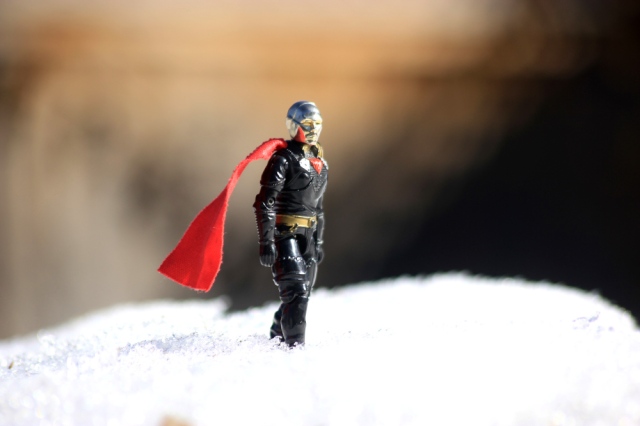 As a figure, this is a well done update to the original Destro, while also still reimagining the figure, for his new futuristic role. He still looks like Destro, but he’s no longer the leather clad lounge lizard with a wide collar, open shirt and chain with tacky medallion. He’s now a little more swashbuckling, fits in with the Space Conquistador look of the Iron Grenadiers.

The Iron Grenadier Destro keeps the red and black of the original Destro, but has now replaced his silver with gold. The gold is a subtle but nice way to show that he’s now number one. His golden helmet is the biggest change, and the head sculpt is very nice. It looks almost identical to the original 83 Destro’s mask, though there might be a few slight differences. I’ve always like the 83 and 88 Destro helmets a lot more than latter versions, as they actually look like a helmet rather than the stylized heads that more often than not have too much emotion on them, which gives them the look of it being almost face paint.

The rest of this Destro body is nice, he’s still probably clad in leather, but it’s no longer a leisure suit, and he’s got a cape! Capes were a big thing in 1986, and Hasbro did a few more experiments with soft goods and their G.I. Joe figures, Raptor had that goofy wing contraption, and Destro received this cape, though his is actually affixed to the figure. At least it means that the figure has it more often than not, unlike Dr. Mindbender or Serpy.

While I like this figure, I would be doing myself injustice if I didn’t mention how much I hate the weird asymmetrical boots. For some reason one of Destro’s boots goes up past the knee, while the other goes mid calf. It’s awkward looking and bugs me as Destro’s depiction as a character with a luxurious lifestyle, should probably be better dressed.

As a character, Destro is horribly flawed. The villain with honour stereotype works in the situation of G.I. Joe, it was just an awful awful choice for a character who’s role is that of an arms dealer. It’s something that could’ve worked, if the utter hypocrisy of the two character traits was explored, but it was more often than not done in a way to give Destro the moral high ground. It was bad enough that it was just a re-hash of Kwinn’s honour bound character, but then half the goddamn named COBRAs wound up becoming “reformed”, when they probably should’ve just been killed off so that the Joe Team actually accomplished something (Or at least stayed dead in the freighter in a few cases). Though, by the 90s, Hama’s idea of “Evil” was making COBRA Commander a walking thesaurus.

I’ve always liked the emotionless-ness of the Destro head sculpt. The mask isn’t horrific, or friendly or anything, it’s just cold. I figure a character that’s literally a merchant of death, like Destro, would have to be almost entirely detached from what he’s doing. So, to me, Destro’s never really been into it for the power, or for a cause, he just wants war and conflict to keep on keeping on, because it allows him to live a hedonistic existence of night clubs, yachts, resorts and disco. His self-absorption is so deep he doesn’t even realize what kind of havoc he wreaks.

The 1988 Destro is a great figure, and while it doesn’t really mesh well with the jet setting playboy that I view the character as, it still has merit, and the cold detachment of his steel mask is still there. In a way I can view this as a alternate take on Destro, where he took his craft more seriously than just that of a means to end, with the end being that of a really good party. The line in the 1988 filecard about new dreams of conquest, in a way ties that loose end up. 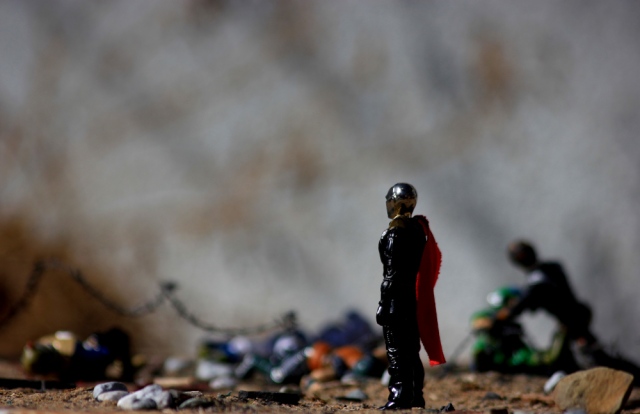